Here’s an interview I did with Madge Eekal reviews, including childhood memories of a book loving guinea pig. 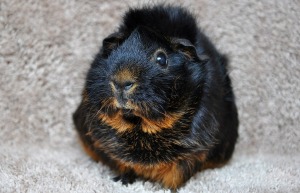 Huge thanks to Madge Eekal Reviews for this lovely review of Night of the Party.

If you’re a children’s books fan, you’ll want to check out the rest of their site too: it’s fairly new, but already has a good range of interesting and thoughtfully written reviews of books for children of all ages.

Thank you Chouett blog for hosting today’s stop on the tour: check it out for a chance to read an extract from the book, and to win a signed copy! 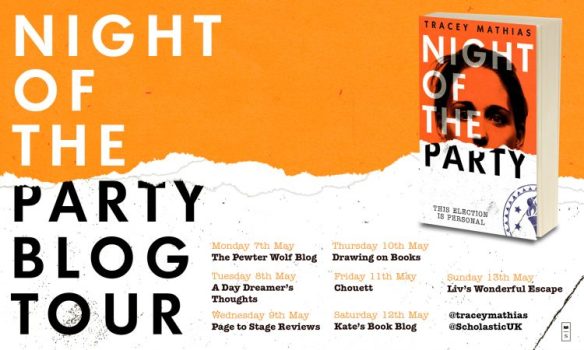 Thanks to Drawing on Books for hosting me today on the Night of the Party blog tour.

Thanks to Page to Stage reviews for hosting today’s stop on the blog tour. Zarina interviewed me about writing in general with some specific questions about how Night of the Party came into existence. There’s also a chance to win one of 5 signed copies of the book!

Thanks to Faye at A Daydreamer’s Thoughts for hosting me today, with some Q&A about writing, reading and Night of the Party.

Today, I’m delighted to be visiting The Pewter Wolf Blog with some reflections on how real life politics influenced me when I was writing Night of the Party.

With a week to go until the publication of NIGHT OF THE PARTY, here’s a sneaky preview of the opening pages.

Hey Soph,
It’s 12 December. Almost the end of term. I should be in school but Miss D’s off sick so Philosophy was cancelled and the others were arsing around Blu-tacking balloons and tinsel to the common-room ceiling. I couldn’t be bothered. Checked out, went for a walk, ended up at the South Bank. Wrote an essay. Did some maths. Do you know it’s possible to prove that infinity minus infinity equals pi?
Had my interview this week. Uni starts in 292 days. Just over 25 million seconds. If I get an offer. If I get the grades.
The Xmas market’s up. Remember? All those overpriced stalls along the river? You used to love it.
I should go.
A.

He deletes the letter, empties the recycle bin, packs his laptop away, swallows the last mouthful of cold coffee. The cup’s left intersecting rings of moisture on the table, a Venn diagram of empty sets. He wipes it clean with his hand, finds a philosophy lecture on his phone, jams his headphones in and heads outside.
It’s nearly dark; the huge, projected images on the buildings across the river are already on: the right-angles of the English cross alternating with the curled flames of the Party torch. The images flicker, break up, go off, and come on again.
The voice in his ears asks if it’s possible to prove that anything exists outside his mind.
It bloody better.
Everything that’s happened in the last sixteen months (approximately 41,500,000 seconds)? He doesn’t want to have invented all that; doesn’t want to be stuck in the kind of mind that could invent it. END_OF_DOCUMENT_TOKEN_TO_BE_REPLACED

Massive thanks to the brilliant design team at Scholastic UK for this AMAZING cover! It feels totally right for the book… which will be out this year on May 3rd. 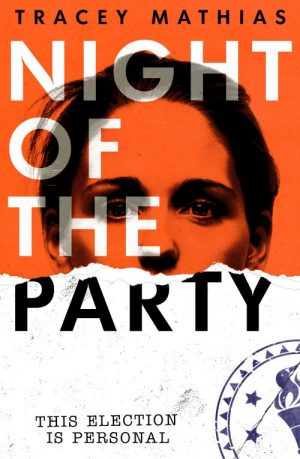